When I was young, and smoking was almost a rite of passage, I smoked.

I smoked twenty, or more, cigarettes a day.

I do not particularly remember smoking.  I can’t testify to the joys it brought, or the benefits I experienced from it.  I just don’t recall how it felt.

But I can remember giving up.

I can remember the sleepless nights, the torturous paranoia, the deep frustration.  And I know that if that reckless car drive I performed at one stage in the process had ended with a stay in hospital, I would not have been an easy or a responsive patient; which is why I find the ‘Ash’ rats’ latest target, the complete banning of cigarettes in hospitals, a little tasteless even for them.

Put simply, a hospital has no place in the enforcement of a smoking ban.

I can tell you from experience that the stress of enforced withdrawal is certainly not something that sits easily with worry or fear of illness.

Quite apart from the inevitable dangers presented by patients driven to ‘secret smoking’ or insisting upon discharging themselves prematurely, how do you placate the dying patient whose last request is for a cigarette?  Try to persuade them it would be bad for their health?

Personally, if I have a fortnight to live I would rather not spend it giving up smoking.

The problem for us all is that we are too easily persuaded, too ready to be led.

Smokers, I’ve found, no longer mind being corralled into stockades exposed to the east wind, or reviled openly on the streets.  They are imbued with a sense of guilt bestowed upon them by the righteous, a garment they wear reluctantly, but resignedly.  This is not enough, however, to satisfy the quite different cravings of those zealot attack-dogs who can only gain satisfaction by bending the will of others.  The issue it seems to me is our growing acceptance of their pernicious addiction in every corner of our daily lives.

Beware the growth of cause at the expense of reason.   Quite simple issues can cause complications if they are not thought through.  Just as bombing does not win wars, banning does not cure habits.  Addiction is as much psychological as medical.  You can’t stop it by hitting it with a bludgeon.  Look up the contemporary literature surrounding the prohibition, or, more topically, that which denies the continuing success of trade in hard drugs.  Did somebody tell me the other day that Afghanistan’s opium harvest this year was its biggest ever?  You see, I don’t keep records; I just try to let good sense be my guide.

And good sense tells me that banning vulnerable people from smoking in a circumstance where they have no choice but to comply is not just pure and simple bullying, it is a travesty of reason and a breach of a human right.

Let me emphasise:  I do not smoke.   I have not done so for thirty years.  I do not defend smoking.  But I defend absolutely, as long as it is legal, the individual’s right to smoke if they wish.

A current television campaign has alerted me to something desperately important:

It has brought me – no, it has reduced me – to a state of anxiety from which I fear I may never recover.  In fact, from here I see down as the only way I can go.

I refer of course to THE SEVEN SIGNS OF AGING.

Oddly, the campaign does not actually say what these seven signs are:  it seems to be anxious to impress that facial wrinkles have a lot to do with it, but is not otherwise specific:  so I have had to work the answers out for myself.

I would share all my conclusions with you, but the subject is far too profound, too provoking to be covered in one brief piece.  For today, let me just deal with the second (after wrinkles) SIGN OF AGING.  Which is, of course, Discord.

A radio presenter who has a night-time show on British Radio, Dotun Adebayo is a cheerful, upbeat figure ready always to dispel the night’s darker shadows and if he has an unhealthy prejudice in the direction of a certain brand of music I could forgive him.  I could even forgive his determination to talk over the top of the tracks he plays so I cannot hear them.   These things I could forgive, if only he wouldn’t SING.   His voice is reminiscent of a Flamingo after a meal of curried shrimps.  It is not the joke he thinks it is – it is horrible!

Now this word is ancient:  it was around when I was sperm number 101145, but like a Chinese egg or Richard III it has had the decency to remain buried – until a few years ago.  Until some thoughtless, mindless archaeo-semanticist unearthed it in a car park somewhere near Bethnal Green and reintroduced it to the language.  The word is ‘SNOG’.

If ever an entire romantic evening:  expensive dinner, prohibitively priced taxis and ridiculously extravagant flowers could be ruined by a single word it is ‘snog’.   Whatever happened to ‘kiss’, ‘embrace’, or even ‘make out’?

“Shall we have a bit of a snog then., love?”   That’s it.  Relationship over; future together doomed.  Foundered upon the rocks of something which sounds like a rustic method for curing warts.  ‘Snog!’  And to think we might have had a life together?

Houses on seafronts are often brightly coloured and for good reason.  In the days when fishing was an industry and house fires were not uncommon a conspicuous frontage consoled homecoming fishermen, telling them that their home was warm (but not too warm) and ready to welcome them.  I don’t mind if the owner of number forty-two decides to paint his house orange, though we are twenty miles from the coast.  He is following a tradition.   But what on earth inspired the guy who decided to paint his walls red, brick by brick, then paint the mortar that binds them white?  Each time I pass it I cringe.  I get sort of lost in its complexity.  I begin to see hidden messages in the patterns it creates, no matter how I try to convince myself otherwise.

The carpet in our dining room is a nice carpet.  If visitors were wont to remark upon the niceness of carpets, I’m sure it would receive a lot of compliments.  But it has a secret only I know.  Well, I share it with Honey, our dog, actually, but she’ll never talk.  There is a place where (pardon me, sotto voce, behind the hand etc.) our Honey had a little eruption of the stomach.  To coin a phrase, she puked.  And yes, a stain was left.  A perfect, oval stain that resists every cleaning substance known to man and, Honey assures me, to dogs too.   It is not a noticeable stain – really.  Not a carpet-must-be-replaced-but-as-soon-as-we-do-it-she’ll-puke-on-that-one sort of stain.   In fact I’m sure I’m the only one who knows it’s there.

Every visitor who passes over that carpet is under scrutiny:  if I see them look downwards I hurriedly engage them in conversation; I stand on one particular spot in the room for no good reason and – and, mark you – I have changed all the light bulbs for ones of lower value.   In my mind our visitors are seeing, they are sneering, they are disgusted:  in their minds my mind says they are attributing causes to this blatant affront to hygienic living.  And when they look around at us they can only be wondering….who did it?

Discord is without doubt the second sign of aging:  no longer having the ability to dismiss the minor disquiets and irritations I might have laughed off twenty years ago; suffering a masochistic compulsion to listen to discordant music rather than simply switching the radio off and going to sleep.  Wanting to repaint those befuddling walls, to telephone the police every time I hear that four-letter word, or move house rather than spend another day with that carpet.

It isn’t just intolerance, this inner cringing – it is a real, physical pain.   It is an affliction of age, like wrinkles no-one will notice because when you reach fifty-five you’re invisible anyway.  I would like to think it will pass, that the ‘Purple Hat’ phase is approaching, but somehow I don’t think it ever will. 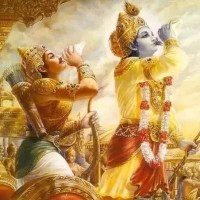 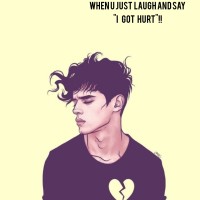 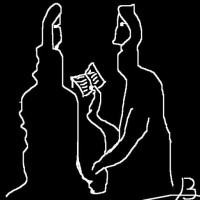 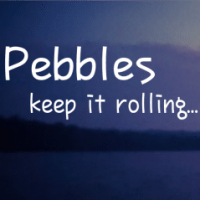 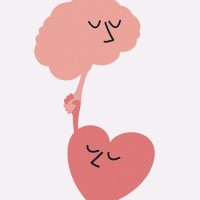 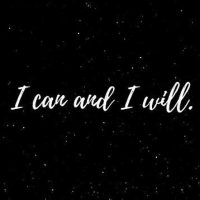 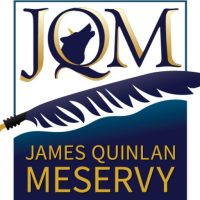