I’m a geriatic.  I know the meaning of the word.  So when I see a neo-octogenarian being sworn in as the ‘Leader of the Free World’ you’ll forgive me for feeling a little concerned, especially when the process requires the protection of an entire army.

In many less ‘free’ countries that would be considered a coup.

Joe Biden (78 – and I presume we have more than just his word for that?) now has his finger on the nuclear button.  I hope he manages to stay awake through the special briefing from the military that accompanies that privilege, because it is quite critical,  isn’t it?  He seems to have trouble finding his way to the podium sometimes, and equal difficulty remembering what he came to say when he gets there.  I can totally empathise.

Simple decisions, like what to have for breakfast, and little memory issues around the last encounter with the car keys become major concerns as our years advance.   More attention needs to be given to plotting the geography of our working days, with particular reference to the availability of armchairs and bathrooms.  Medical assistance needs to be…well, within reach, shall we say?

Should we ever meet, Joe and I, I would be pleased to swop experiences of our comparative medication programmes, because I feel certain there are a number of pitfalls there.  Bisoprolol and Statins are deleterious to concentration, I’ve found.  And one should never be afraid of taking a short nap in the afternoon. Or a long one…

Not that President Trump is much less scrawny an example of spring chickendom; and something other than heroic, in many respects; he cuts an unlikely Che Guevara figure as a potential revolutionary, yet the system has almost certainly reinvented him as such.  There was always the fear that if politicians got their talons into the Internet they would use it to create a monster and that has certainly been a product of the last four years.  The question is, if this is what they can achieve in one term, what will they spawn in the next?

For me, as an outsider, the politics themselves are of less concern than the collateral damage:  ‘Democracy’ (and god, the futility with which we cling to that word) hinges upon the will of the majority being not just established, but accepted.   Have we seen the last election process in which that can happen?    If opinion can be shaped by fake news, and majorities won by fake counts, if fake issues can generate extreme solutions, what have we left?

Young opinion is shaped by young science, but in all that is new young opinion should be guided by, and not used by, those older and hopefully wiser in the ways of the world. The Media Freeway is a certain friend to those for whom the cynical exploitation of idealistic youth paves a road to success.  Where have the wise heads gone?  If they still exist, why are they too afraid to speak?

This leaves those of us who still care with some odious decisions on a personal level.  It won’t rock the world if I close my Twitter account, though I may regret it because Twitter was fun, once.  But can I go on contributing, in however small a way, to an organisation that exerts censorship and pursues policies of ‘no platforming’?  Can I ever go to a polling booth again and vote, not wondering how my tiny ‘x’ will be cast?  Is there any source of information, be it news, archive material or simple learned opinion I can still trust?

In a socialist autocracy, only the red message thrives.   If we must persist in chasing the illusion of ‘Freedom’, we are faced with an ever-steeper climb.  For those of us in the rest of the world, Joe Biden’s inauguration by force of arms is a sad occasion. 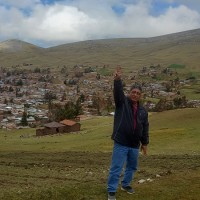 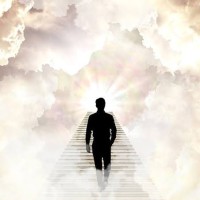 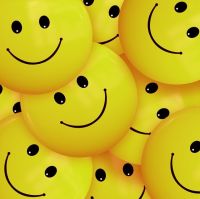