“Amie, clearing the refuse isn’t time sensitive.  I’ll do it after I’ve finished.”  Malcolm, frowning with concentration, applied a wing strut to his model of the ‘Wright Flyer’.  It was his sixth attempt.  The glue wouldn’t let the piece sit in position, but kept sliding it to one side.  “Isn’t it amazing people used to fly a thing like this?”

“I don’t care.   I don’t care about your bloody pile of sticks.  I asked you to put the rubbish out.  You haven’t.   Just like I asked you to clean up the living room, and you didn’t.  Or cook for us last night….”

“All right!”   Malcolm sighed in resignation.  “So I don’t do everything you want, the moment you want it.  Look, Amie, I’m entitled to some time of my own, you know?”

“I suppose I have to do it myself!”   Amie grunted.  And it was a tiny, porcine grunt, one of her mannerisms that Malcolm had found so attractive, once.   She stood in the corner of their living space, glaring at the model and its dedicated constructor.   “Must you keep tuning the light to orange?”   She demanded.  “You know I hate it.”

“I told you, it’s a good light for intricate work like this.  I won’t be long.”

“Work?   That isn’t work, Malcolm, that’s a hobby.  You know, like making cathedrals out of matchsticks or little handbags out of string?  I wouldn’t mind if sometimes – just sometimes – you actually did some real work!”

Malcolm treated Amie to one of his paternal, superior looks.  “I work just as hard as you, Amie.”

“Oh, you do!  You mended the cracked tile behind the cooker. Let me see, when was that?  Yesterday – or was it the day before?  That’s just it, Malcolm, you don’t!   You don’t do anything I ask, you don’t help, you don’t…”

“Yes?  While we’re on the subject..?”   Amie strode forward, facing her partner like a pugilist, legs astride, hands on hips, only the table and the model aeroplane upon it separating them from total war:   “What are you going to bring up next?   Come on, let’s have it!”

“Oh, right!  No lurrrv!”   Amie breathed deeply. “So the fact that you’ve developed into an overweight, bone idle bore is my fault, is it?  So the sum of your romantic accomplishments would measure up to those of a rampant bull elephant is down to me, yes?”

“Possibly!  Not that it would worry you, and mostly it doesn’t worry me anymore.  It’s just that we still keep nights and days, and right now is the time of night when I miss it most.  But no problem:  any inclinations of a pachydermatous nature have long faded; although I’m surprised you even remember them.  Do you realise we haven’t had sex in ten years?”

“And you’ve been counting, of course…”

“Absolutely I’ve been counting.   And you know that very well.   How many times have we walked through this same argument?  Every month?”

“Every week.”  Emotionally fatigued, Amie drew out a chair to sit across the table from Malcolm.  “Every week.  Look, Malc, I know my role in this relationship.  I haven’t forgotten what we promised, and I will sleep with you again, honestly, when the time feels right.  I simply need a little space, like you.  Me time, you know?”

“Ten years?   You get out of practice, Amie.  People forget.” Malcolm met Amie’s sad look, determined to hear the words he needed, yet dreading his answer, too.

“Why must we always confuse sex and love?”  She clasped her hands together, resting them on the table-top.  Her fingers seemed to fascinate her.   She tapped them, each onto its opposing knuckle, making a hollow sound.

Her mouth twisted around her words.  “You’re cornering me.  Don’t do that, Malc.  Perhaps we don’t have the passion we used to share, but…”

“I’m not sure I ever did.”  As she spoke them aloud, Amie ruminated upon the power of those words, and the freedom they engendered.   Not to live the lie anymore, to have said the truth she had known for all of their years together.  “Are you sure you want to do this now?”

“I want to have it out so I can look at it, think about it.”  Malcolm’s voice was dangerously quiet.  “Why on Earth…?”

“But you weren’t stupid, surely?”

“Malcolm, you represented hope, for me:  you did!”

“It was what brought us here.”

“Yes.  And now we’re stuck together, like this bloody model!”  Malcolm rose to his feet.  “I think this might be a good time to put out that rubbish.”   He disappeared in the direction of their kitchen.

Amie called after his retreating back:  “If we’d just met and got to know each other like any normal boy and girl?”  Malcolm did not answer.

Left to herself, Amie allowed a tide of emotion she had contained rigidly within herself for so many years to wash over her.   She wept gently, recalling the dreams she had dreamed, all the joys she had believed she would share – all come to this dark nothingness.  And her thoughts, as they slipped ever closer to the precipice of despair began to fuel a sense of bitter injustice, of inexcusable wrong.   Those linked fingers still rested upon the table; now, though, they grappled, wrestling each other, left hand against right in self-mutilating fury.

Malcolm found her thus, taut with simmering rage, when he returned ten minutes later.  “The rubbish chute’s blocked again.”  He said mechanically.  “I’ll have to clear it from outside.   I won’t be long.”

Amie’s reddened eyes followed him as he went out through the vestibule, closing the door behind him.  ‘We don’t want you to catch a chill from the draught’ – her mind repeated the stale old joke he always made when he closed that door, although this time it remained unsaid.   She watched through the window of the door as he prepared himself to face the conditions outside, then his back and the opening and closing as he finally left, trash bag in hand.

She hated that back!  She hated his smug expressions, his indefatigable humour, the very smell of him!

Inside Amie all the strings were snapping, all the contents of her emotional cauldron bubbling to a boil.   With a deliberately closed fist she smashed the model of the ‘Wright Flyer’, slammed it into the table; then with determined force she raised the table edge to throw it on its side, screaming at the pieces of wood and plastic as they scattered across the floor.   Having achieved her necessary outlet of destruction, an icy calmness overtook her.   She was apart, somewhere outside herself, watching as she walked towards the vestibule, through the door.  At the outside door she stood for a moment, quite still.   Then she reached before her and threw the lock.

“Amie?”  He was outside, no more than four feet away.   He heard the click as the tumblers interlocked.  “Amie, what are you doing?”

Her mind fixed in a grim determination of which she had never thought herself capable, Amie glared through the window in the door as Malcolm turned and headed towards it.   He tried the door handle, shook it vigorously.  “Amie?”

Amie did nothing.  She just smiled.  She smiled at Malcolm, at all the failed years.  She smiled because she could already see the first traces of vapour on his visor; the panic in his eyes.

She smiled because she knew that for such a simple task he would not have attached his safety line, or bothered to check the bio-systems inside his suit.  Custom and habit had made him careless with the years.  Those systems would fail very soon, and when they did his grip would loosen.  But the last surprise was his.  She saw his eyes – saw the flame within them quieten.  He accepted. He understood.   Perhaps he even wished it.  And he let go.

Amie’s last sight of her life partner was a dwindling white dot in the sparse light of sun star Proxima Centauri. The little craft that had been constructed so carefully to make its interior feel like a warm and comfortable home had already begun to slow down.  Soon, in only a matter of months now, it would navigate itself into orbit around that fertile planet where they had been entrusted to settle, she and Malcolm, and to raise the first children of a new civilisation.  It had always been a vain and tragic hope, this last gesture of a dying race on the burning world they had left behind – two people meticulously chosen for their compatibility, for their patient, sanguine natures, for their mutual respect.

Amie listened for a little longer, until Malcolm’s gasping breaths were lost, out of the range of his communicator, then she switched it off.   She returned to the kitchen to make supper.

© Frederick Anderson 2016.  Unauthorized use and/or duplication of this material without express and written permission from the author is strictly prohibited. Excerpts and links may be used, provided that full and clear credit is given to Frederick Anderson with specific direction to the original content. 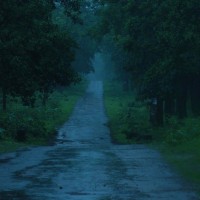 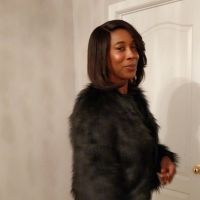